Home U Partnership with the Ute Indian Tribe

The name “Utah” is derived from the Ute Tribes who were some of the original settlers of this land. The Ute Indian Tribe is made up of three distinctive bands—the Uintah, the Whiteriver and the Uncompahgre—and has a tribal membership of 3,157. The Uintah and Ouray Reservation at Fort Duchesne is 150 miles east of Salt Lake City and is the second-largest Indian Reservation in the U.S. covering over 4.5 million acres.

Since 1972 the University of Utah and the Ute Indian Tribe have maintained a memorandum of understanding that allows the university’s sports teams to use the name “Utes.” The MOU was renewed again in March 2020. The MOU has been expanded to offer additional academic resources to Ute Indian Tribe students through annual financial support to the Tribe and enhance K-12 education at Fort Duchesne. 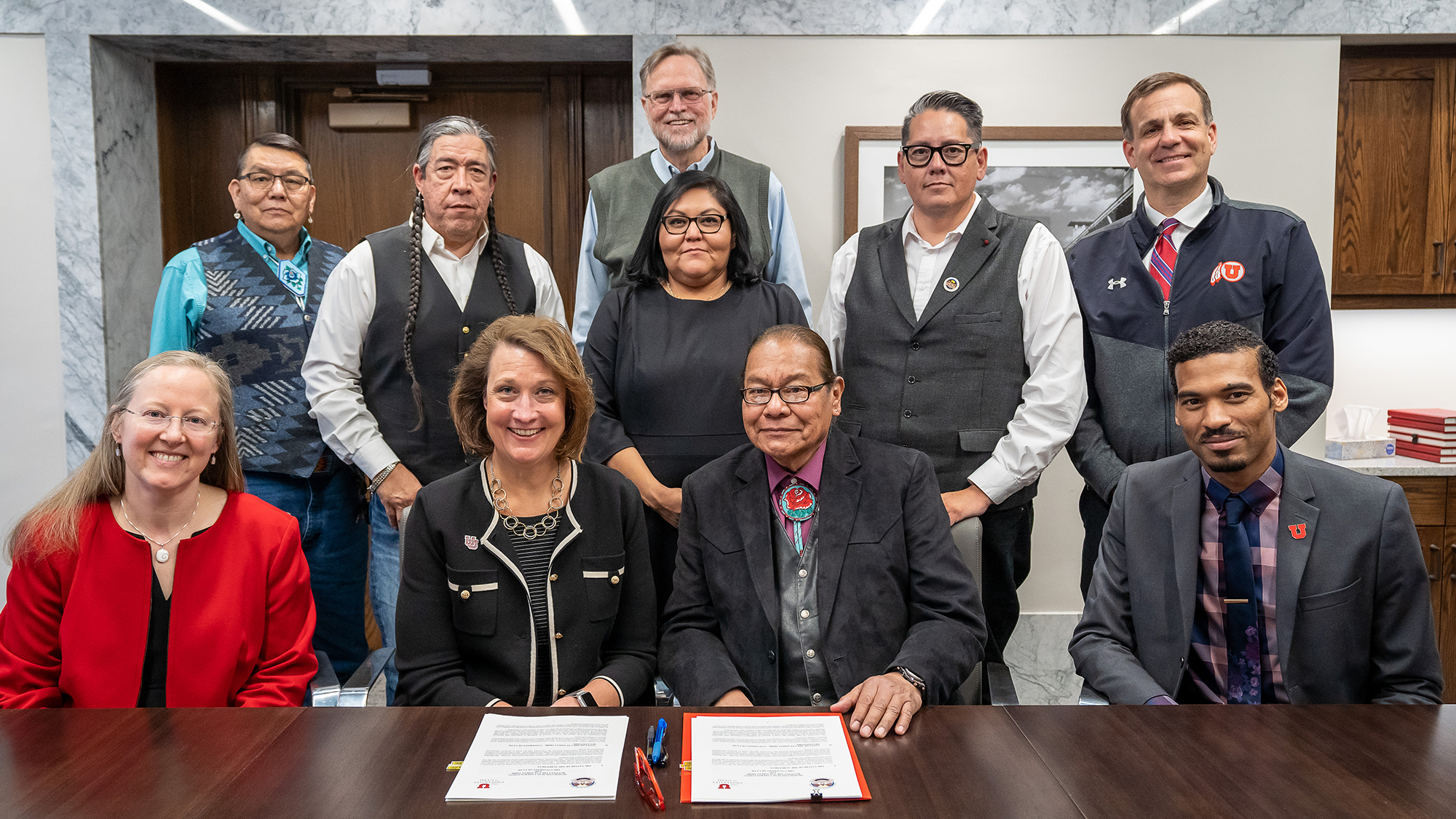 “The Ute Indian Tribe is pleased to continue its partnership with the University of Utah. This agreement renews our shared commitment to building genuine respect and understanding of our tribe’s history, as well as our goal to support our youth in pursuing their education,” said Luke Duncan, chairman of the Ute Indian Tribal Business Committee.

Key elements of the 2020 agreement, alongside the university’s long-term investment in all Native students, include:

• Increased support and promotion of campus events to raise awareness of American Indian culture, such as the annual campus Powwow and Native American Month.

• Educational materials about the Ute Indian Tribe will be added to first-year student orientation and made available at the university’s American Indian Resource Center.

• Expanded campus education that increases awareness of all Tribal Nations in the state of Utah and a culture of respect especially at athletic events.

• Collaboratively building academic support for all Native and Indigenous students at the University of Utah.

• Continue the tradition of Ute Proud games during the football, basketball, and gymnastics seasons.