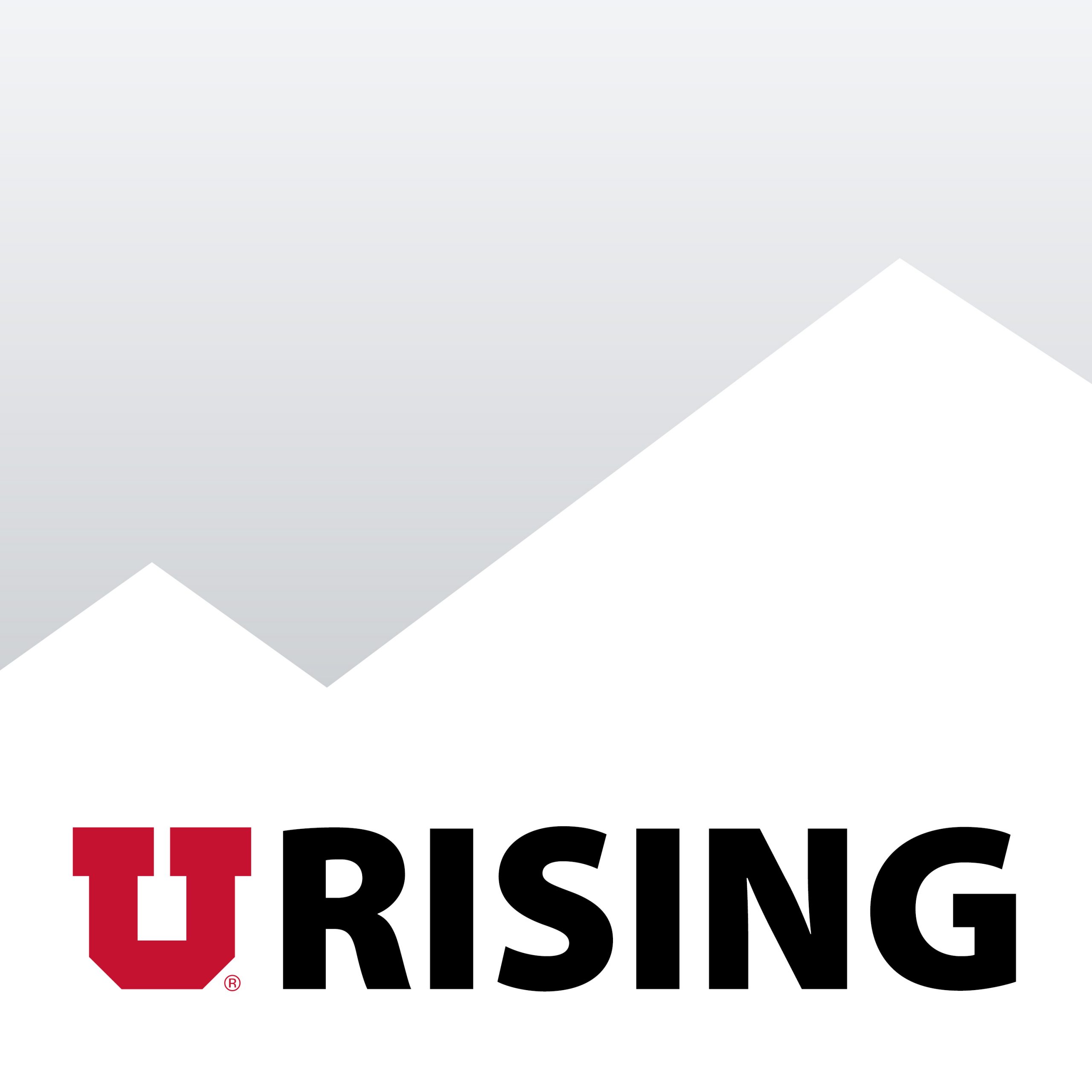 On the "U Rising" podcast, President Ruth V. Watkins engages in insightful conversations with students, staff, faculty, alumni and community stakeholders who are at the center of the state's flagship research university. President Watkins also connects with other leaders to give listeners a fresh take on top issues and innovations in higher education in Utah and across the country. You can subscribe to U Rising via iTunes, Spotify, Stitcher and other podcast streaming services.

On Oct. 12, 2020, the U officially released its Indigenous Land Acknowledgement Statement. Elizabeth Kronk Warner, dean of the U’s S.J. Quinney College of Law and co-chair of the Native American Land Use Committee, describes the purpose and use of the statement and the work that went into creating it. Recorded on Wednesday, Oct. 14, 2020. Thanks to Brooke Adams and Dave White for technical assistance. Original music by Taylor Hartley.

President Ruth Watkins: Welcome to the U Rising podcast, where you get to meet some of the people who are helping us achieve great things at the University of Utah. I'm Ruth Watkins, president of the U, and my guest today is Elizabeth Kronk Warner, who is the dean of the S.J. Quinney College of Law here at the U.

Dean Kronk Warner co-chaired the Native American Land Use Committee and we're going to talk today about the Indigenous Land Acknowledgement Statement that the committee helped us to prepare. And I will say that that statement was read yesterday for the first time at the Board of Trustees meeting. So, it's very timely to visit with you today, Dean Kronk Warner, and for our listeners to be able to learn a little bit more about you. I think our listeners would love to hear a little bit about your background, your tribal affiliation, your academic background and a little bit about how you found your way to the University of Utah and how long you've been here.

Elizabeth Kronk Warner: Great. Well, thank you President Watkins for having me. I really appreciate this opportunity to chat about the Land Acknowledgement Statement and I appreciate yours and the university's and the board's support of the land acknowledgement statement. So, I grew up right on the Canadian border in the upper peninsula of Michigan, but on the Michigan side of the border in Sault Ste. Marie, Michigan, where my tribe is located—the Sault Ste. Marie tribe of Chippewa Indians. And later, as I grew up, we moved downstate. So, as Michiganders like to say, we became trolls because we were under the bridge. And then I had a chance to go to college at Cornell University. And Indian issues and Indian country have always been at the foremost of my experiences, because while I was at Cornell University I was able to live in a Native home for Native students, it was Akwe:kon, specifically a residential center, and also learn more about Indian country and learn more outside of my own tribal experiences. 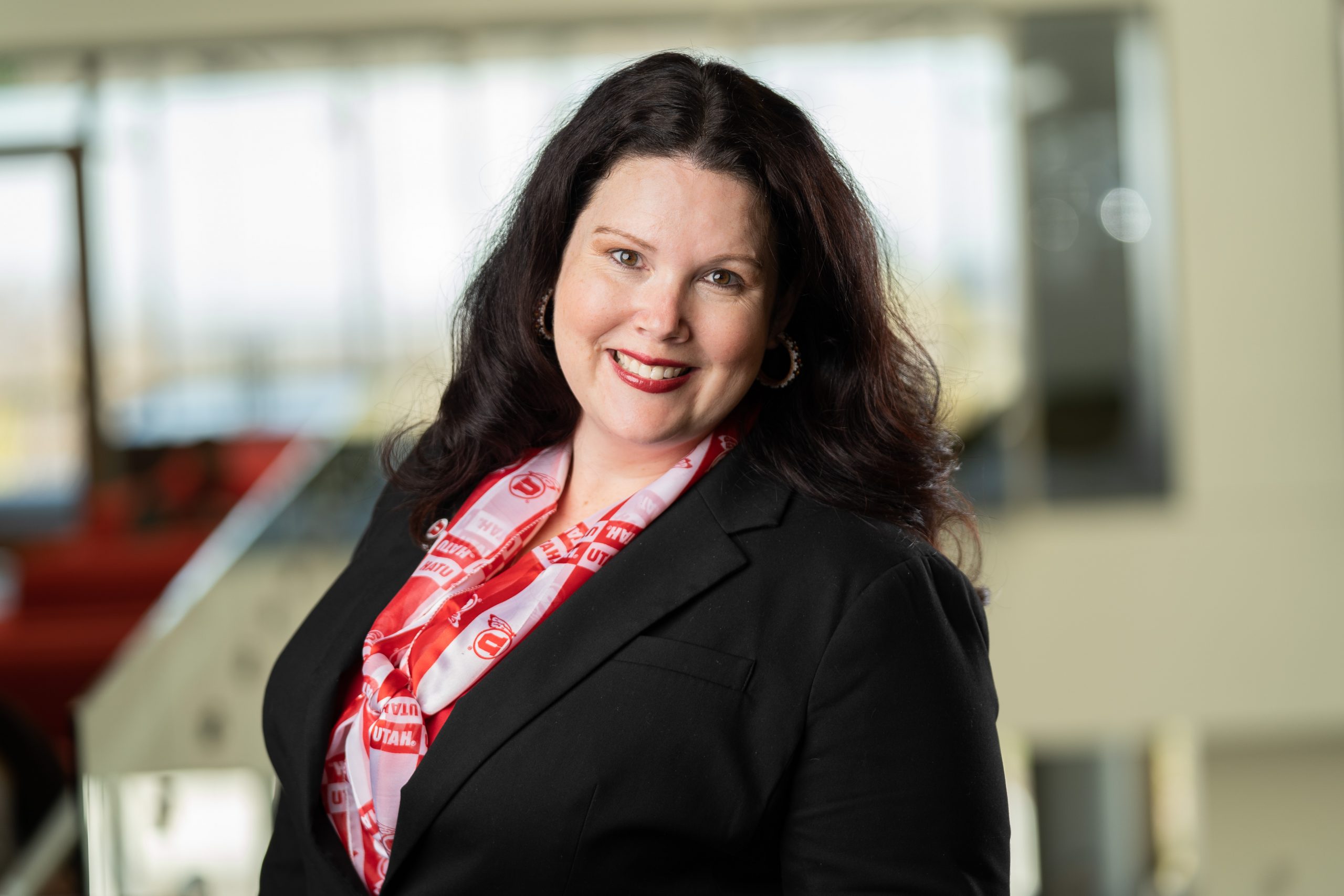 President Watkins: Well, I want you to know how excited we are that you are a member of our leadership team at the University of Utah. And I'm just delighted to hear that, having been at lots of different institutions, it's your perspective that we're a place that's getting it right at the S.J. Quinney College of Law. Remarkable scholarship from our faculty, really highly ranked college of law, but that also has not lost sight of putting students at the center of everything we do. That is just spectacular for me and listeners to hear.

Elizabeth Kronk Warner: I agree. I really appreciate my colleagues. I think it would be easy to say, ‘Well, I want to focus on my research and I want to focus on my reputation,’ but they don't. They truly care about their students. Many of them have had job offers to go to other universities and other law schools, but they stay because they love our students and they love the state of Utah. So, I feel like it's a very special place.

President Watkins: Well, and I think one of the things I've learned since being at the University of Utah, now in my eighth year, is how strong the S.J. Quinney College of Law is, particularly in issues related to the land and water and environment. So, I think that's a very appropriate segue as we return to talk a little bit about the Land Use Acknowledgement. Let's give some credit to the committee that helped you. I know Vice President Mary Ann Villarreal was your co-chair in that effort. Tell me a little bit about the process and how the committee worked together.

Elizabeth Kronk Warner: Yes. And I also want to acknowledge and applaud Senior Vice President Dr. Dan Reed, who formed the committee and said, ‘This is a really important issue and, as a university with this commitment to Indigenous populations, it's important that we recognize our history.’ I really applaud his leadership and bringing us together. But it was a wonderful committee experience. We had many members of the committee who are Indigenous themselves, either with Native ancestry or who are citizens of tribes. And so it was wonderful to get that perspective of how people view land acknowledgement statements, from being an Indigenous person and how people who are members of tribes and who are Indigenous within our community might view this Land Acknowledgement Statement.

So, I was really appreciative of that. And then we also had a wide array of individuals from all over the campus from various disciplines who brought various viewpoints to the drafting perspective. I have to say, I sometimes have—well, not sometimes—I do have a narrow perspective, I have a tendency to look at things from a legal perspective. And a lot of people on the committee said, ‘No, maybe we should look at it from this perspective or perhaps the cultural sovereignty piece.’ And so it was just a really wonderful opportunity to collaborate, to get to know my colleagues across the campus who are interested in these issues and to come up with a statement that I think we can really be proud of.

President Watkins: I would imagine that an important part of why a statement like this matters is the honest acknowledgement of our history and our past, as well as the opportunity it gives us to learn from that past and to change as we look forward. Tell me about your perspective on why such a statement is important and maybe what you think the committee would say to that if they were here.

Elizabeth Kronk Warner: Yes, absolutely. I think there are multiple layers. So there's the historical perspective, as you mentioned, that we should acknowledge our shared history within the United States—it's not unique to Utah—that these lands were historically Indigenous lands, that Indigenous peoples were here first and the reason why and how we ended up on this land. And so I think that we can never move forward as a community and really heal until we acknowledge that history. And so that's really important.

It's actually interesting, this year Indigenous Peoples Day fell on October 12th and October 12th happened to be the 137th anniversary of the signing of the Goshute territory. And if you look at their treaty, we here on the Wasatch Front are right at the edge of what was their treaty determination under that document that was signed 137 years ago. So, it seemed to kind of really come full circle on both the historical pieces and the fact that this Land Acknowledgement Statement would be released on Indigenous Peoples Day this year, which fell on October 12th.

But I think there's also the contemporary piece. And what you'll see in the statement is an acknowledgement not only of the past and that the land has this historical connection to Indigenous peoples and to tribes, but also an acknowledgement of the present. I think oftentimes as Indigenous peoples, we become very frustrated because people talk about us in the past tense, that we no longer exist or somehow only exist on reservations. And that's simply not true. I mean, we know in our own University of Utah community that we have some amazing people, students, faculty, staff, who are contributing in so many ways. And so we're here, we're present, and we still have a lot to give back. I think one thing that's really nice about this statement is it has both the historical pieces and contemporary pieces in it to acknowledge both, which is really wonderful.

President Watkins: And I'm guessing our listeners would really like to hear the statement. I know there's both a longer version and a short version, so I will let you choose which version of the statement you'd like to share with our U Rising listeners today.

President Watkins: Thank you so much. I think that is a beautiful statement and it aligns so well with our role as both the University of Utah and the University for Utah. I know listeners may want to know that they can find the statement on, I know, my website, president.utah.edu. And I'm guessing there's a few more places, but it would probably be helpful for listeners to hear from you, Dean Kronk Warner, about how you see the statement being used.

Elizabeth Kronk Warner: Yes, I think there are a lot of ways. I like to use the shorter version, and this is why we did a longer and a shorter version, anytime I'm hosting kind of a larger organization or event. When I'm doing just my basic introduction, I like to do the acknowledgement, both because acknowledgement in and of itself is important, and also because there might be an educational opportunity there. So, I think the shorter version has a role there. And then as we come together for more solemn and formal occasions, I think there's an opportunity to give and use the longer version. Also, at the S.J. Quinney College of Law, we're currently working on our admissions brochure for prospective students, and we've included that version there. I know that it was also included in the vice presidential debate materials that were shared with various members and stakeholders as a result of that event. So, I think the longer version has a nice place in print media as well.

President Watkins: Well, thank you for those examples. And I know that our listeners would be delighted to have this chance to meet you, and please know how happy I am that you elected to us at the University of Utah, and particularly in your role as a leader dean on our campus of the S.J. Quinney College of Law. Thank you so much, Elizabeth, for your time today.

Elizabeth Kronk Warner: My pleasure. Thank you, President Watkins, for having me and for your leadership in terms of adopting the statement and supporting the use of statement. It's very much appreciated.

President Watkins: Listeners, I want to extend thanks to you and I appreciate the opportunity you've taken to meet Dean Kronk Warner and I hope you'll join us for the next edition of U Rising Podcast.