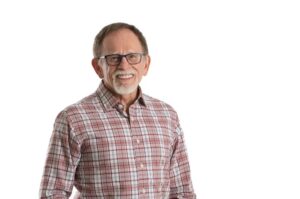 Journalist.  Lawyer.  Professor. Passionate about the First and Fourth amendments.

Randy Dryer has professionally reinvented himself several times over. He started his career as a working journalist in both print and TV and then went to law school with the thought of becoming a network correspondent reporting on the Supreme Court. Along the way, Dryer developed a love of the law and thus began his second career as a practicing lawyer at Utah’s largest law firm. There, he developed a media law litigation practice where he was able to combine law and journalism by representing many local and national news organizations, including 60 Minutes, CNN, The New York Times, the Associated Press, Redbook Magazine and The Salt Lake Tribune, among others. 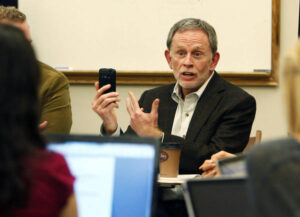 After 30 years as a practicing lawyer, Dryer began phase three of his professional career when he was named Presidential Honors Professor at the university with a joint appointment at the S.J. Quinney College of Law and the Honors College. Dryer had taught for several years as a part-time adjunct professor and said, "the opportunity to be a full-time educator was too enticing. Now, I have the satisfaction of teaching the best and the brightest and am no longer a slave to the almighty billable hour. Nirvana!"

In Law Dryer teaches Information Privacy Law, Pretrial Practice, and Technology and Modern Litigation, among others. His Honors courses include Privacy in the Digital Age, Social Media and the Courts, and several year-long Praxis Labs. Dryer believes technology can aid the learning environment, and most of his classes incorporate blogs, videos, real-time anonymous polling, and social media in the pedagogy.

With a generous gift to the university, Dryer has launched the Presidential Societal Impact Scholars program in the Spring of 2022. 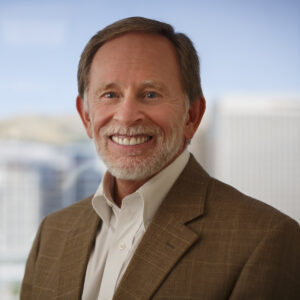 “Academics play a unique role in society,” Dryer said. “As subject matter experts in their respective fields and disciplines, university professors advance the generation of new knowledge through their research, scholarship, and creative activity. Academics can have an outsized influence in shaping public policy and helping inform public debate on our nation’s most pressing issues when they translate and share their knowledge with a broad audience outside the university.”

The goal of the Presidential Societal Impact Scholars initiative is to encourage exactly that: to reward and incentivize professors to engage in sharing their knowledge and expertise beyond the university for the betterment of our communities, large and small.

Not only will this initiative reward individual faculty for their public facing works, but it will help advance the president’s objective of having the university be recognized as a top 10 public university in terms of societal impact.